Just took my favorite kind of shit. I call it the "Champagne Shit", no it has nothing to do with drinking champagne. It is where you take a shit where the first part is solid, but then after that it is all liquid shit coming out of you. So it is like when the cork is popped out of a bottle of champagne.

It is a rare kind of shit, that you don't see daily. Might not even see it once a year. However, when it happens, it is going to be a great day.

You might be wondering why I bring up defecation today. Well I had a few day where I could not use my own toilet, or my own shower for that matter. You don't realize the joys of shitting in your own toilet till suddenly you can't do it. 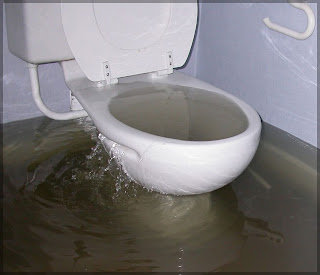 So today, having finally regained full use of my bathroom, I wanted to share with you one of life's simple pleasures, the "Champagne Shit".

Yet again it is time for a grab bag of ideas.

1.  Whatever happened to tan lines?

Don't you miss them? Women used to have them, not any more. Where did they go? Why did they fall from grace? I liked to see them, never heard anyone complain about them. Wasn't nice to see that deep baked in brown next to that smooth milky white? Style is cyclic, so sooner or later they should make a comeback. Sadly I could not find a safe for work picture for this.

2. Think Whitney Houston and Michael Jackson are hanging out in hell?

You know they are both there. Or do they keep crack whores and pedophiles separated? Is there perhaps a special celebrity wing?

Some people think that if church is involved it makes anything and everything alright. While leaving church a friend of mine got a ticket. He was making a left turn where it was illegal to do so, as it is right turn only out of the church parking lot. He says "I told the cop I was leaving church, and he still gave me a ticket", he doesn't seem to understand that the church part doesn't matter to the cop, or anyone else for that matter. It doesn't matter if you go to church, your still an asshole.
Posted by The Offender at 4:50 PM 4 comments:

The Good Part Of Any Holiday.

Valentine's Day has come and gone. It is a a holiday that is a bit of chore if you are man, and free gifts if you are a woman. Putting that aside, it is another holiday where hoards of overpriced novelties are made available before hand and sold incredibly cheaply afterward. That is the great part of most of the worst holidays, the very cheap candy one can find the day after. Christmas, Valentine's, Easter,  all horrid waste of time, but the day after each of them one can find high quality candies and chocolate at rock bottom prices.

Now to get the best stuff you will need to get to the store early, when they open if possible. You then need to sprint to holiday section, and be ready to push old women out of the way. You aren't the only person here with a plan to get cheap chocolate, you may need to be ready to knock some people out. The best stuff will go quickly, and if you get there too late all you will fine are off brands, and the stuff no one wants in the first place. After you have found your prize, take it to the register and get ready to be shocked at how cheap everything has become after only one day.

A good haul will set you up for your candy need till at least the next holiday. Yes the candy will be themed to whatever holiday you got it after, but that is alright, after all  Reese's peanut butter heart or egg tastes just as good as a peanut butter cup. You can use your hoard of holiday candy to  confuse people, as no one expects a Milky Way Santa in June. If you have any small children you see regularly they will be very happy to get conversation  hearts or marshmallow chicks weeks and months after the holidays they are made for.

Remember just because a holiday is a pain in the ass waste of time, it doesn't mean it is completely without charm. So after every holiday be ready to get needlessly violent in the name of saving a few dollars. It is fun, and profitable.
Posted by The Offender at 5:09 PM 3 comments:

No Hate This Week.

Many people say all that is posted here is a bunch of negativity. They might be right, it is meant with some amount of humor, but still there is a negative tone to most of what is posted here. So this week we are going to be positive and talk about some things which inspire, enlighten, or are simply enjoyed by me. This will be a different, and a much more personal kind of thing than you usually see here. I honestly hope you enjoy it. 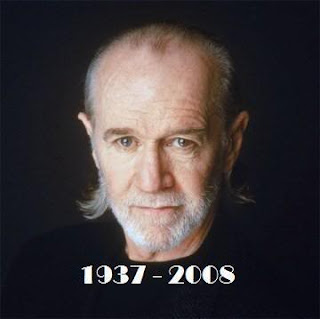 George Carlin, easily the greatest comedian of the second half of the 20th century. This man inspired me to get into comedy. He never let taboos or other peoples discomforts get in his way. While he knew where the line might be drawn, he knew how to take people to the line and then take them past it.

Seeing this masterpiece was an epiphany moment for me. While the version I first saw was a much abridged, it still had a profound effect altering the way perceived and thought about everything. Now you can see a nearly complete version, which is mind blowing. If you feel like looking this one up, it is black and white, and a silent film.

Sorry for this not being longer. It was very difficult to write this, not so much from a content standpoint, but from things it was bringing to the surface of my mind. I hope you enjoyed it.
Posted by The Offender at 5:49 PM 5 comments:

Success Does Not Equal Quality

For whatever reason thing that aren't very good become popular from time to time. Sometimes this is temporary and a backlash happens, and whatever it was is seen for what it really was all along. Others seem immune to any kind of backlash, and continue to make money for years. It is the successful low quality products, and the makers thereof, that are getting some attention today. 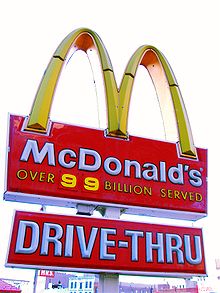 McDonald's might be the most successful restaurant on planet. It can be found in many countries around the world, and the company as a whole makes millions of dollars a day. That is all great for them. However, the food leaves much to be desired. The food is rather bland, is objectively bad for you, and the quality of the ingredients are a subject of debate. While no "fast food" is great, some of it is better than others, so why does one of the worst remain at the top? It is cheap, it is familiar, it is everywhere. How it got to this point is hard to say, one might assume they were better in the past than now. 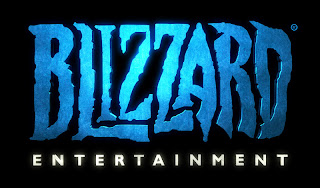 Blizzard was great back about 15 years ago. Now they seem to be completely devoid of any original ideas, or even the smallest amount of innovation. They seem to be getting rather lazy, as if they think their brand alone is enough. Two releases of this company make me question the quality of there work. Both are extremely popular, but this popularity seems grossly undeserved. The releases in question are World of Warcraft and Starcraft 2.
The first is World of Warcraft, the Fisher Price of the MMORPG world. It is a very simple game, that seems to almost play itself. When it came out in 2004 it had almost nothing in the way of innovation. It was then, and is now, a much oversimplified game. Nothing is ever really a challenge, and therefore you never feel as if you accomplished anything. While simple design can be a wonderful thing, when you are paying a monthly fee to play, one comes to expect something more. Everything in the game comes with so little effort it never really feels like you are out of a tutorial. However most World of Warcraft fans don't expect more, and are happy to pay for the worlds longest running game tutorial.
The other release that seems lacking is Starcraft 2, but for very different reasons than World of Warcraft. Starcraft 2 came out 12 years after the first game, the first game being mind blowing back in 1998. When Starcraft 2 came out in 2010, it had a somewhat interesting single player campaign, and multiplayer that was almost unchanged from the first game.  After over a decade of time it is time for something new, not just an old game with better resolution. If the multiplayer should have offered something new, something that would be as mind blowing today as the original was in 1998.
In the end we will never know why lazy and low quality products sometimes become grand successes. it is a matter of taste to some degree. Like the old saying goes "there is no accounting for taste". However, when the something lack luster makes money it leads to more of the same coming form others sources trying to emulate that success.
Posted by The Offender at 10:27 PM 3 comments: