Well Thanksgiving is over, so we are in the "official Christmas season". Rather than bitch, let's have some fun with this season. People are at there worst during this season, so it seems only right to screw with them. How can we use the elements of this season to make this season fun?

In the overcrowded parking lots there are many way to have fun. Organize a card game that take place in a parking lot. Bring a large folding table (or several) and take up as many spaces as you can with your friends gambling. Make sure someone in the group buy some gum form a store connected to the parking lot, so you can't be accused of loitering. If gambling isn't your thing, you can do the same thing with a game like "Magic the Gathering" or "Warhammer". Do whatever you like at the tables, the idea is to take up as may spaces as possible to make the parking situation that much worse. Keep in mind nothing about this is illegal, it is just a massively asshole like behavior.

Now if you actually must go into a store you need not limit yourself to only shopping. You could always play with the placing of prices on the shelves, or the location of merchandise. Either will have the same effect. While people backs are turned you can take the time to remove or add items from/to their cart.  Of course if all of that is too much work for you, there exist other options. Why not eat some Mexican food and then go to the most crowded part of a store and let the pressure release. Then there is taking up the time of sales people looking for products you know they don't have, and asking questions they can't answer. Not only are you wasting the time of the sales person, you are wasting the time of every actual paying customer.

There are many thing you can do. Be creative, and know the law. You will be amazed at how far you can go without breaking any laws.
Posted by The Offender at 8:45 PM 2 comments:

Today, lets get a little personal. Let all my reader(s) in on what I do for Thanksgiving. It is not really what most people do, but it is what I have come to do.

Well I don't do much. I see no family. I eat no turkey. No interest is paid to any parade, or sporting event. Most things that are generally associated with the holiday are entirely devoid of my Thanksgiving. It is not to say that I have no traditions, they just are just not what other people do.

What I do is enjoy a few meals out. I go to Carl's Jr, every year since I was 16. I drive through alone, and eat in my vehicle. 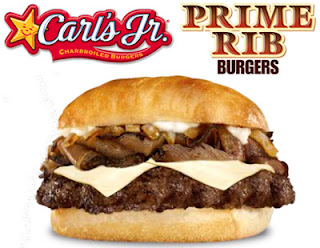 Knowing this is the "official" start of the Christmas season I watch the only Christmas movie I approve of: "The Ref" and "Bad Santa". Always hoping for anther anti-Christmas movie to come along, seem to be many years between their releases. 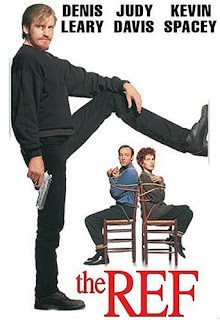 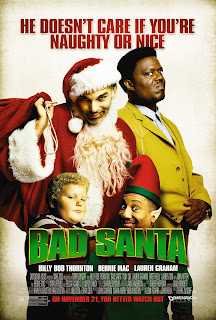 This is how my Thanksgiving goes. It is the same every year. That is a little look into my world.

Posted by The Offender at 10:32 PM No comments:

I don't want to talk about Christmas. I don't want to think about it. I sure as hell had no plans to blog about it this week, or this month. Sadly, after today, I simply must. Today started alright, then I had to go buy a few things. It is when I went into stores that it became impossible to ignore Christmas.

In every store you are greeted at the door with a yuletide raping. Every where you go Santa is waiting, with his pal Jesus, to tie you down with tinsel and take turns on you with their "yule logs". Sometimes they take turns, sometimes they go both at once, it doesn't matter, they are waiting for you at every store. They also go by the motto "Blood is nature lube". In the worst of cases they let the reindeer have a go. 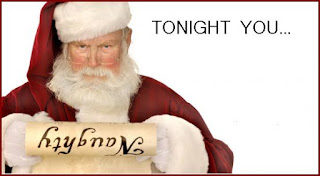 Everywhere you go there are poorly made decoration punishing your eyes. Screaming children and yelling adults making you wish for sweet silence of death. Every where there are heaters on, making rivers of sweat and stink. Why must everything about Christmas make to world so much worse? Why does it have to have to involve the torture of every one of the senses?

We must start a war against Christmas. We need to see that it is contained, and isolated. Make it so it only exists a week before December 25.
Posted by The Offender at 8:42 PM 1 comment:

Before we start, two small things. First, happy to say I got over 2000 views on one YouTube video. While that isn't huge in the grand scope of things, it still feel nice to see that when you have only been at it for a few months. Secondly, does anyone know what happened to the Square Alliance website? I suspect the guy who ran it finally just blew his brains out, but I am looking for some confirmation. Alright, personal shit out of the way. Sorry for starting with personal shit two weeks in a row.

On to the usual.

Thanksgiving is a kick in the nuts. It leads to nothing good, and at this point it has lost all meaning. Time

You get a four day weekend, but you end up wasting two of the days, so really you have gained nothing. Thursday is killed by seeing people you hate. Worse you are expected to act like you give a shit about them. Friday is a waste because it is the start of the Christmas season, so you either shop, or avoid doing anything to avoid crowds. At the very least they should the Monday after should be given off too, then you still have three days that wouldn't suck.

You have to see people you hate. Grand parents, aunts, uncles, cousins, honestly even your own parents and siblings are more than somewhat of a drag. You haven't ever really given a shit about any of them, but you have had to fake it all your life. Worst, on Thanksgiving you get nothing for your effort. These people suck, and you have to force conversation and fake interest, and for your efforts all you get is a bad meal and feeling of shame.

The food is never as good as it should be. Seriously, the turkey is always overcooked, dry, and honestly seems more than a bit pasted its prime. Stuffing that is either too wet or burned, and stuffing done right is great, never seen it done right at a Thanksgiving dinner. Underdone potatoes, always to hard and cold in the center. Far too sweet canned cranberry sauce that is all gel and no actual berries. Why do we suffer through this every year?

It is the "official" start of the Christmas season. No... NO... I won't rant about this, I won't acknowledge Christmas's existence till after the false holiday of Thanksgiving is over. You know, do the thing people used to do.