It took long enough. I am not getting paid to spread the word about this, I am just a fan that wants as many people as possible to play this masterwork of a game. It is out now on "Good Old Games" (GOG), and is supposed to come to Steam later this year. GOG has an exclusivity contract for the game for the next 5 to 6 months, after which it will likely show up on Steam, hopefully in time for the summer sale.


Originally released in 1999, System Shock 2 was mind blowing at the time, and far beyond anything else on the market at the time. While today the graphics are not much to look at, the gameplay and story are still far beyond most of the other games out there.

If you are wondering what this game is like, it is a lot like the first Bioshock. However, it is much harder, and has actual RPG elements, not just the window dressing of them. "Deus Ex" might be a better comparison now that I think of it. The point being that it is a first person game, with guns, and with lots of stats and skills to keep track of, that allow you to approach the same situations in many different ways. This leads to a very high replay value.

So pick it up on GOG http://www.gog.com/gamecard/system_shock_2. Or wait for the Steam release. Either way, you owe it to yourself to play this masterwork.

Ever notice the look of the people that run the cash registers most places? Something seems "off" about these people. What it is is rather hard to pin down. Likely there are several things going on, a compound solution to the problems of the retail clerk.


Admittedly not all retail workers need much in terms of mental abilities. The cart pushers, the door greeters, shelf fillers, and a few others, can be mostly without higher brain functions and perform their tasks just fine. Walmart and Target have taken this idea to its logical extreme.

Some retail workers seem to have something wrong with them. While some simply seem to be high, other seem to have more serious problems. In the retail game, there seem to be a lot of mild retardation. Some of them seem to have both going for them. Remember, don't move to fast around them, they might become aggressive.

Clearly these people have it bad, so we should try them with kindness. Don't take out your frustrations on retail workers. Instead take them out of children screaming in the store.

Posted by The Offender at 7:15 PM No comments:

Restaurants employees can't seem to keep their stories straight. If you are going to tell a customer "no", and then give a reason, keep that reason straight. Nothing is worse than being caught in a lie, least of all by someone that will/might give you money. 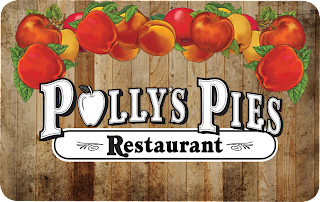 Polly's Pies sent out a flyer advertising, among other things, strawberry rhubarb pies being on sale. That is a tasty pie, so seeing it on sale is nice. However, when going into get the pie things went poorly. The cashier says "Were all out, um... we don't make that pie any more, and ah that sale ended like ah um a week a go", sadly that is an exact quote. Well which is it? Are they sold out, or do they not make it anymore? The two are more than somewhat mutually exclusive. The reality it, this person didn't want to go get the pie. Normally I like apathy in a person, but this time it seems to be working against me. 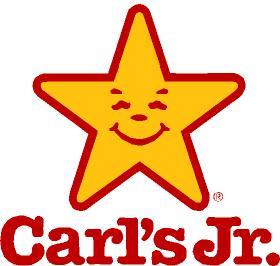 With the last month or so Carl's Jr started selling a cod sandwich. Not my kind of sandwich, but a person I was eating with wanted one. The cashier didn't seem to understand what the cod sandwich was, much less that they are being sold at this restaurant. They sandwich which was ultimately made it to the table was not cod, not grilled, and from what I am  told not very good. Shouldn't the people that work at a restaurant know what is on the menu? Or at least speak English? Seems both were problems on that day.

When did not giving a shit about your job become alright? When did everyone just give up? Well it seems we have started the down a bad path, and there is no turning back. Worst part is, I got no pie.
Posted by The Offender at 8:22 PM No comments:

Somethings are just a waste of your valuable time. So here are some things that are a waste of time, and what they really are when you break them down.

1. The Superbowl- Bunch of dudes getting together to play with their balls. This doesn't just apply to the Superbowl, but nearly all sports.

2. Family- group of people that you hate that share some of your genetic heritage. They only want you around as a potential organ donor.

3. Religion- Group of people that think their shared NEEDY imaginary friend makes them special. If you hear a voice in your head, you need medication, it is not an all powerful parental figure giving you advice.

4. Protesting- No matter how clever the sign you hold is, and no matter how long you stand/march, it will never effect anything.

5. Working without compensation- It is only work if you get paid. It doesn't need to be in money. You might help a woman with something for reasons other than money.

6. Giving a shit about anything- It doesn't make you special. No one else cares, or will take notice.

7. Blogging- Bitching about a bunch of shit no will ever read... oh wait.... shit... Well that is depressing as all hell.

Posted by The Offender at 6:12 PM No comments: