Easter time is here again. It is the time of year when Christians celebrate the death and return of Optimus Prime, no, that isn't right, that other poorly written children's character... Jesus. Not that you would know that, based on what you see everywhere you would think this holiday was about chocolate gluttony, and rabbit fetishism.


Easter Sunday is kind of a downer if you are not in to the whole religious bullshit angle. Most of the stores are closed, and restaurants are either closed or serving a limited menu. Sure, this day is about the most common imaginary friend in the country, but does that mean everything in the country has to grind to a halt? Can't people do their regular jobs while paying superficial lip service? Times might be changing, Walmart is open on Easter.


So tomorrow we can all go to Walmart and get some cheap imported products. Meh, still beats rationalizing the voices in your head by going to church, the people there are assholes anyway. If only there was a place to get a decent burger on Easter. Happy Zombie Jesus Day everyone.
Posted by The Offender at 9:27 PM 1 comment:

Everyone has worked retail at one time or another. If you haven't, you were more than likely born with a silver spoon shoved squarely up your ass. There are certain people that every retail employ has to deal with at one time or another. Doesn't matter where you worked, from Wal Mart to Nordstrom, the dressing might change but the costumer underneath is the same everywhere.

The "But they have it at _____" guy. This costumer wants something that your store does not carry. They come in to inform you that the local competition does have it. They seem to be under the impression that if your competitor carries it, and they inform you of it,  somehow magically it will appear in the store. It won't. If you want that item, please go to the competition, and never come back here.

Then there is the "Oh, I have a coupon.. but I think it is at home, can I use it anyway?" dumb-ass. No, you can't, not now, not ever. If you want to use a coupon, you need it with you at time of purchase. No amount of bitching at the register will make up give you a discount. Oddly enough you get this person more at place that don't actually ever have coupons. This might be the dumbest type of customer in existence, or maybe the one with the biggest balls, but then the two aren't mutually exclusive.

Oh and the "When will this be on sale?" asshole. As if the costumer service level person would know. The best answer to this person is "It was on sale a week or two a go, you just missed it by that much". It will go on sale whenever the hire ups feel like it, no one you can talk to can influence that. You will waste more money on the gas coming here to check that you will ever save on the product.


Working retail is a hell we all go through. Some people stay there forever, some move on to entirely different hells. In the end all we can do is laugh at it, because it hurts less than crying. Bonus points to you if ever told your manager what you really thought.
Posted by The Offender at 6:12 PM 1 comment:

Happy Saint Patrick's day. May you all get drunk and get laid. Today everyone is just a little Irish, except maybe the Italians.

This year the hangover tomorrow will be a bit worse than usual. Tomorrow is Monday, and that is the worst day of the week to wake up with a hangover. To make matters worse, it has only been a week since daylight savings time and no one is really adjusted yet. If your boss has a problem with you being in a little less than top from, follow another Irish tradition and punch your boss till they stops moving. 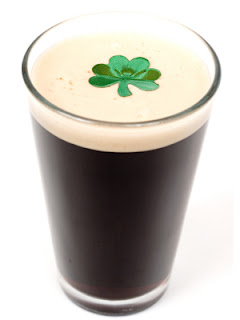 Hope you enjoy the day, and a drink or too. Eat a potato, and a bit of corned beef. Sign a sweet song, and forget to wear a rubber. Have a good time, and in the morning know you had a great time you will never remember.
Posted by The Offender at 9:23 AM 1 comment:

It is that time again. The time when an hour is lost. We set the clocks a head an hour, and lose an hour of sleep. Or we sleep in for an extra hour (according to the clock anyway), and completely destroy what passes for a sleeping pattern. Some might ask why do this, and the good news is there are a few theories.

The idea that makes the most since is to further torture insomniacs. What that your lucky to get 3 hours of sleep at a go? Good news, your going to be cutting back on that!

As it now takes place in March, used to happen in April, it could be a scam to make the hangovers from Saint Patrick's Day even worse.  Too early for that you say? That is the great genius of this scam. You think that doing the week before gives you enough time to adjust. It does not.

Could be that there is no real reason. It is just a collective expression of masochism by the American public. This is just a sign that the average person's self-hatred has gotten to critical levels. Not sure how it got this bad. Reality TV might be part of this self-hatred, or be another sign of it.

Well this time of year is a special hell all its own. So happy Saint Patrick's Day, know that hang over will hit just a little harder this year, thanks to daylight savings. Have an exhausted day.
Posted by The Offender at 4:53 PM No comments:

There are a lot of common quotes that sound good, but when you scratch the surface don't hold up.You encounter them in many places. Likely many of them are/were "pearls of wisdom" from a teacher, boss, or caregiver.

"Truth is beauty, beauty is truth." John Keats wrote that. It is perhaps the most pleasant sounding lie that has ever been spoken. "The truth" is almost always an unpleasant. When presented with the truth people become angry, scared, and very likely to become violent. Think for a second what would happen if you were honest with anyone in your life. Your boss. Your significant other. Your "friends" you have here and there. You would find yourself fired, single, and like in the hospital.

"... the truth will set you free." John 8:32 (NIV). Only half of the verse there, as most people only say that part, and do so not realizing where it comes from. The truth would only set you free in the case that you are wrongfully accused. If you were guilty, the truth will take your freedom. Depending on the situation, the truth can be the worst possible thing for a situation, as it will not lead to freedom, or anything good.


"Once you choose hope, anything's possible." Christopher Reeve. Having said that, he still never walked again. Never got back on a horse either. Seems that despite having hope on his side the laws of nature, physics and the universe as a whole still limited his possibilities. Not to run the guy down, he was a good guy, a decent actor, and had one hell of a bad ride one day. Still, hope means very little compared to the often harsh realities of what is, and that which cannot be changed.

There are many more, but there will be time for them later. Maybe you have a favorite quote you would like to be analyzed with a cynical eye. Please do share.
Posted by The Offender at 2:34 AM No comments: