I want to punch Will Ferrell

No, not over anything recent. This is something I have wanted to do for a long time. This has been brewing for the better part of two decades.

While he has made many, MANY, bad movies, they are not the reason I want to punch this man. Nor is it his lack luster voice acting. No, it is something from earlier in his career. 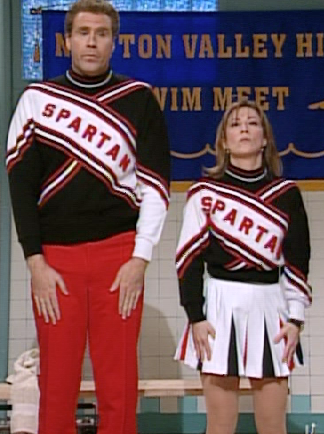 The god awful "cheerleader sketch". This why he needs to some violence directed toward him. I would tell him why. If he responded with anything other than words to the effect of "I deserved that" I would have to keep hitting him.

Shame that a meeting between him and myself is so very unlikely.
Posted by The Offender at 10:34 PM